Virunga National Park Field Report ~ Poaching Challenges: Another baby gorilla was rescued from poachers today in Goma making this the 2nd in less than a week. Dr. Eddy with the Gorilla Doctors estimates that she is less than 6 months old. She was brought to the park headquarters this evening to join the other baby gorilla, Isangi, at our gorilla sanctuary.

We will let you know more details tomorrow as we get them, and also the health of the baby who seems dehydrated and weak. The two gorillas were curious when they met, but the the new youngest one became stressed and cried loudly several times when Isangi got too close and “friendly.” 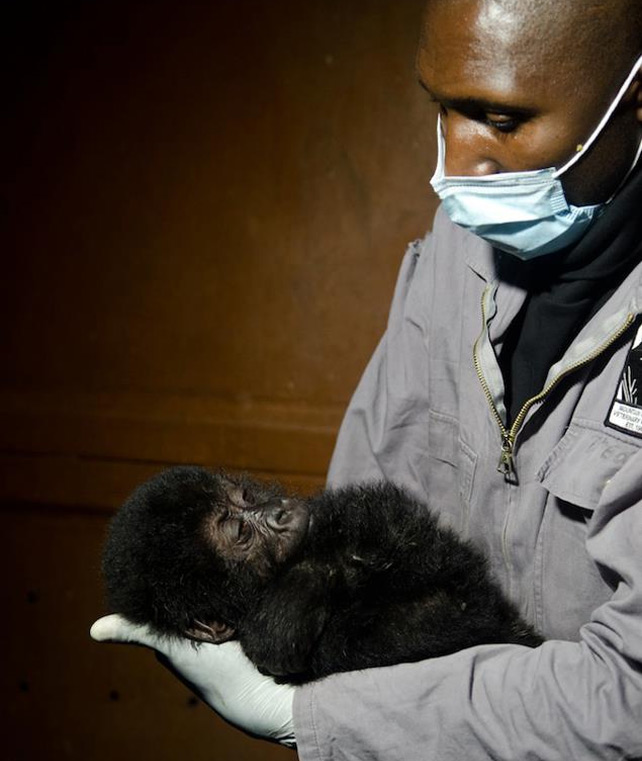