BY CAREY L. BIRON ~ Washington — Environment groups are applauding a new United Nations decision to officially characterize international wildlife and timber trafficking as a serious organised crime, in a move that advocates say will finally give international law enforcement officials the tools necessary to counter spiking rates of poaching.

Crimes related to the trafficking of flora and fauna are today one of the most significant money-makers for criminal networks, amounting to some 17 billion dollars a year, according to some estimates. That would make this black market the fourth-largest transnational crime in the world, according to Global Financial Integrity, a Washington watchdog group. 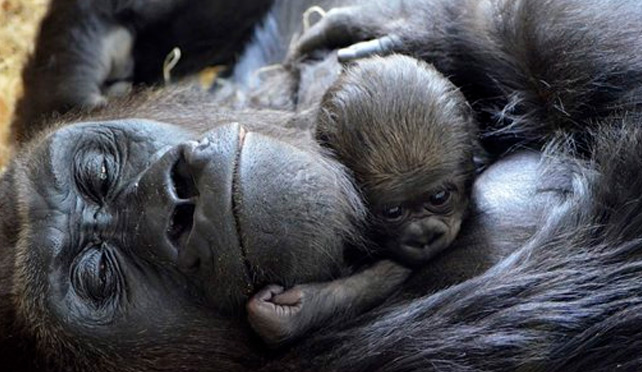 On Friday, a new resolution on the issue was adopted almost unanimously at the end of a summit of the U.N. Commission on Crime Prevention and Criminal Justice (CCPCJ, often called the U.N. Crime Commission). The resolution, put forward by the United States and Peru, now urges member states to formally view the illicit trade in wild flora or fauna as a “serious crime”.

“It is commendable that the U.N. CCPCJ is now taking note of wildlife crime,” Peter Paul van Dijk, director of the tortoise and freshwater turtle conservation programme at Conservation International, an international network, told IPS.

“This demonstrates how wildlife crime is no longer perceived as a proportionally minor type of crime affecting specific species, but is now beginning to be understood as being symptomatic of underlying problems of natural resource security, governance and transparency, and ineffective international actions.”

He continues: “International wildlife crime can generate the funds to fuel insurgencies and instability, and warrants an equally coordinated and prioritized response from the international community, including the United Nations. ”

Under U.N. rules, characterization as a “serious crime” can require stiff sentences of four or more years in prison, and will also allow the United Nations office on Drugs and Crime (UNODC) to broaden its role in combating the trade. For years, environment-related crimes have recorded one of the world’s lowest conviction rates.

“This is a breakthrough resolution in terms of recognizing the serious nature of wildlife crimes, encouraging governments to view this not just as an environmental issue but as a crime akin to human or arms trafficking,” Wendy Elliott, the leader of the wildlife crime campaign at the World Wildlife Fund (WWF), a global conservation group, told IPS from Geneva.

“For so many years, poachers and wildlife traffickers have received fines and quickly been let back onto the streets. The most important element here is the potential deterrence of significant prison time.”

Recent years have seen a dramatic increase in poaching, particularly in Africa. Many suggest this is being driven largely by the increasing force of consumer spending in Asia.

Over the past decade and a half, experts say, South Africa has seen a staggering 5,000 percent increase in the illegal hunting of rhinoceroses, while elephant poaching is also currently at record levels, at some 30,000 deaths each year. Meanwhile, nearly a third of all global timber today is thought to have been illegally logged. 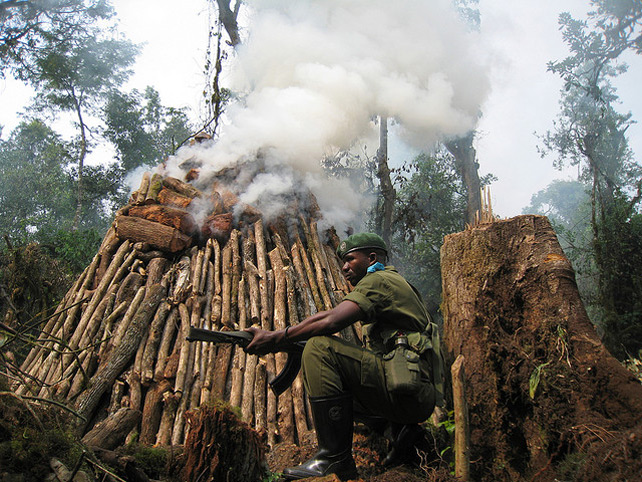 While wildlife crime was first discussed by the U.N. General Assembly a dozen years ago, Elliott says the issue has never been as serious as it is today.

“Historically, poaching was a small-scale local activity, but the value of both the product and the demand is now seen at levels akin to other major illegal commodities,” she notes.

“In turn, that has attracted organised criminal syndicates, so the response needed is something completely different. That’s the shift we’re now starting to see, but we need to really ramp this up globally – wildlife crimes prey on a finite set of resources, after all, and the clock is ticking.”

Much of the new international interest in wildlife and timber trafficking can almost certainly be traced to the groups that have become involved, as well as the illicit funding they’ve been able to secure.

According to a new brief put out by the WWF and other environment organisations ahead of the U.N. Crime Commission meetings, these groups include rebels in Somalia, Rwanda, Sudan and others.

“Illegal trade in wildlife alone amasses profits of about 10 billion dollars each year, [and] the illicit trade is intertwined with corruption, money laundering, and the trafficking of other commodities such as weapons and narcotics,” Brian A. Nichols, an assistant secretary in the U.S. Bureau of International Narcotics and Law Enforcement Affairs, told the U.N. Crime Commission in introducing the resolution.

“It undermines security, stability and the rule of law. The criminals that illegally poach and trade in wildlife are part of integrated networks that span continents. They devastate local communities and have pushed more and more species toward extinction.”

Indeed, the impact of wildlife poaching on local economies and development efforts can be extremely significant.

“These crimes are not only putting the survival of endangered species in peril, but are also threatening security and sustainable economic development,” Elliott notes.

“In many African countries, wildlife continues to constitute a major source of family income and gross domestic product. So this is imperative from a development perspective, potentially endangering years of development advances.” 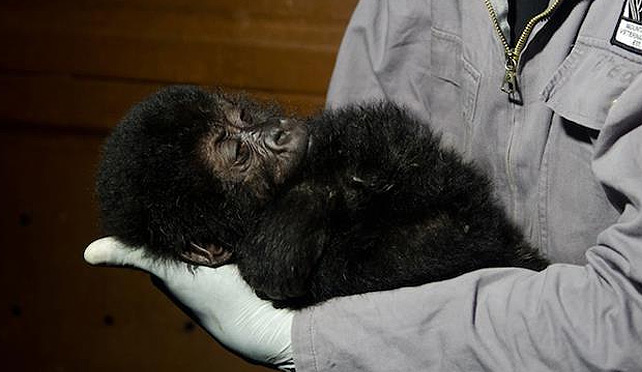 Following the passage of the new U.N. resolution, much of the impetus will now fall to national governments to oversee a strengthening of their anti-poaching and customs systems. Next week, governments in Central Africa are slated to meet to discuss links between poachers and ongoing security concerns.

“The proof of commitment will be in not only how many governments ensure adequate penalties, but how many invest in initiatives to engage police and customs investigators in combating these crimes,” Debbie Banks, a senior campaigner with the Environmental Investigation Agency (EIA), a London-based watchdog, told IPS.

“Combating wildlife crime is not rocket science. The solutions and tools are widely available, but it’s a matter of how much governments are prepared to invest in them. We now have some great political commitments articulated in the new resolution, so it’s time for action.”

Importantly, the new resolution will apply equally to countries that have serious illicit export problems – for instance, in Central Africa – and to countries where demand tends to be highest, particularly in Asia.

“These increased penalties will need to affect not just those doing the supplying but also those creating the demand,” WWF’s Elliott says.

“To really reduce demand, it has become increasingly clear that we can’t just rely on awareness-raising campaigns – there has to be enforcement, as well. Unless the public feels real consequences for purchasing these items, demand reduction will be very hard to achieve.”