More than 200 conservationists representing over 40 zoos as well as wildlife programs in 36 countries have called on governments around the world to immediately increase the resources needed to combat the alarming rise in the illegal wildlife trade.  Meeting in Des Moines, Iowa, earlier this month, zoo officials, scientists, and wildlife experts with the 9th Zoos and Aquariums Committing to Conservation Conference (ZACC) agreed that urgent action is needed to combat the well-organized and heavily armed criminals who are draining the world’s ecosystems of wildlife and threatening human populations.

On the heels of the U.S. government’s recent announcement of $10 million to assist African countries with anti-poaching efforts to protect elephants, rhinos and other wildlife, the ZACC delegates urged all governments and international groups to launch sustained campaigns to stop the illegal killing of wildlife, including increased law enforcement with prompt and serious punishments for wildlife crime, more cooperation between governments to combat cross-border activity, and campaigns to raise awareness among consumers about the illegal wildlife trade. 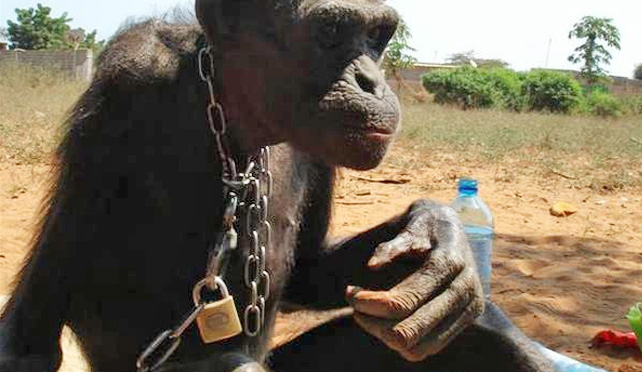 ZACC delegates also noted that the wildlife trade was devastating imperiled species on several continents including the world’s most iconic species such as big cats and great apes, sharks and rays, countless birds, turtles and other reptiles, and lesser-known animals, such as pangolins and slow lorises.  The trade is feeding demand for illegal traditional medicine, exotic pets, bushmeat, and other wildlife products such as ivory.  In parts of the world, poaching and overexploitation have created the “empty forests” phenomenon where even small species such as bats, birds, and rodents have been wiped out.

Dr. Anna Nekaris, professor of primate conservation at Oxford Brookes University and founder and director of the Little Fireface Project based in Indonesia stated, “The number of animals for sale in markets out scales their ability to reproduce.  The illegal trade is a tragic waste of animal life and meets no human needs, and in fact undermines the future well-being of humankind.”

Julie Sherman, executive director of the Pan African Sanctuary Alliance, remarked, “The trade in African primates sold as pets, tourist attractions or bushmeat is decimating wild populations. This illegal trade threatens the survival of our closest relatives, chimpanzees, gorillas and bonobos.  Experts estimate 5-15 apes are killed by hunters for each one that is sold.”

Dr. Marc Ancrenaz of the NGO Hutan and the Kinabatangan Orangutan Conservation Program based in Malaysia commented that, “We are on the verge of losing the last representatives of the world’s iconic species such as rhinos, tigers and elephants.  These animals have shared the planet with us since the dawn of humankind, and they are in danger of going extinct in the next 50 years.  Stronger enforcement of existing laws and increased efforts on the ground are urgently needed to halt this tragedy.”

From John Lukas, president of the Okapi Conservation Project, Epulu, Democratic Republic of Congo, “The worldwide demand for elephant ivory has destabilized entire regions of D.R. Congo.  The sale of illegal ivory funds armed militias that terrorize human and wildlife communities alike in pursuit of power and wealth.”

William Robichaud, coordinator of the Saola Working Group of the IUCN SSC Asian Wild Cattle Specialist Group said, “Wildlife trade is the greatest immediate threat to wildlife in Asia today.  Many threatened non-target species such as the saola, are caught up in the slaughter as by-catch.  It is a quite catastrophe.”

Quyen Vu, founder and director of Education for Nature Vietnam (ENV) stated, “The illegal wildlife trade has become a critical threat to global biodiversity.  The demand for wildlife in the form of exotic pets, traditional medicine, and bushmeat is supported by a vast criminal network stretching around the globe linking poachers and consumers.  It is time to unite globally to take urgent action before the magnificent diversity of the planet is lost along with its roots that are embedded within human cultures.”

·    Rhino poaching, especially in southern Africa, is continuing to devastate populations.  The International Rhino Foundation estimates that at least one rhino has been lost every 7 hours in South Africa this year so far.

·    The last Vietnamese rhino was killed by poachers in 2009 and the western black rhino was declared extinct in 2011 largely due to the wildlife trade, sending two distinct subspecies to extinction.

·    As many as 30,000 elephants are slaughtered by poachers annually for their ivory.

·    Forest elephants have declined by 62 percent in the past ten years due to poaching.

·    Ninety-seven million sharks were cruelly captured and killed for their fins in 2010.

·    Big cats, such as lions and leopards, are now being killed to replace tiger parts used in traditional Chinese medicine