By Robert, VirungaCD (http://gorillacd.org)  ~ Dismantling a snare in the Mikeno mountain gorilla sector in December 2012 ~ Snares such as the above maim and kill wildlife and are nothing short of torture for the animals caught in them.

Along with the great news of the boom in newborn mountain gorillas comes the sobering news of increased poaching in the Mikeno sector. While carrying out the census, rangers found there to be a marked jump in the number of wildlife snares being set. During the fall hostilities between government forces and M23 — when it was too dangerous for Virunga’s rangers to patrol certain areas — poachers took their chances and went into the forest to lay new snares. When rangers finally made it back into the Mikeno mountain gorilla sector, they discovered and destroyed 156 snares. 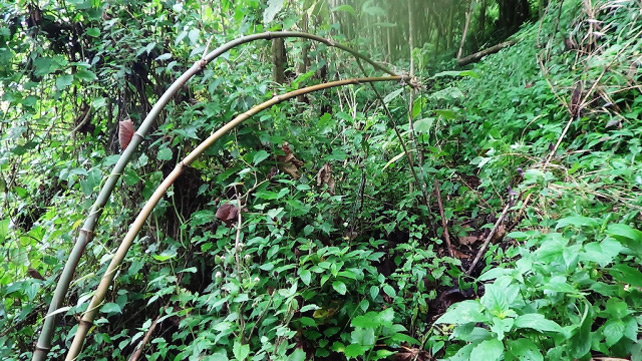 Snares are particularly dangerous for baby gorillas and smaller animals such as bushbuck. A few years ago, some of you will remember a post about Virunga rangers that found a baby gorilla that had been slashed across the face by a snare. Vets from MGVP were able to reach the baby, stitch the laceration, and give a dose of antibiotics, but the wound was too much for the young gorilla and he died of infection a few days later. With all the recent newborns, rangers have to double their efforts prevent such a tragedy from happening again. When you make donations to Gorilla and Wildlife Protection on this site, this is one of the main activities that you are supporting. 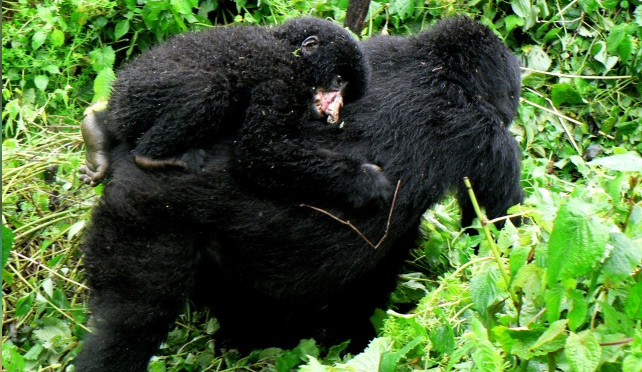