By Associated Press, KAMPALA, Uganda — A team of scientists has identified a new species of monkey in central Africa that had been known to the locals simply as lesula, a medium-sized, slender animal that looks similar to an owl-faced monkey that was already known to scientists.

In findings published this week in the scientific journal Plos One, the researchers identified the species as Cercopithecus lomamiensis, which is endemic to the lowland rainforests of central Congo. This is only the second time in the past 28 years that a previously unknown species of monkey has been identified, they said, highlighting the importance of preserving biodiversity in a part of central Africa where forests are threatened by illegal logging.

Scientists began investigating in June 2007, when researchers saw a young female monkey of unknown species at the home of a school director. The new monkey was not quite similar to the clearly owl-faced Cercopithecus hamlyni, but researchers say the two are close relatives. The new findings prove the two monkeys are different species, even though to local hunters they might look similar. A lesula, for example, has “significantly larger incisors, upper and lower second molars…” A male lesula “emits a characteristic low frequency, descending, loud call or boom” that is distinguishable from the vocalizations of the other male, the scientists reported. 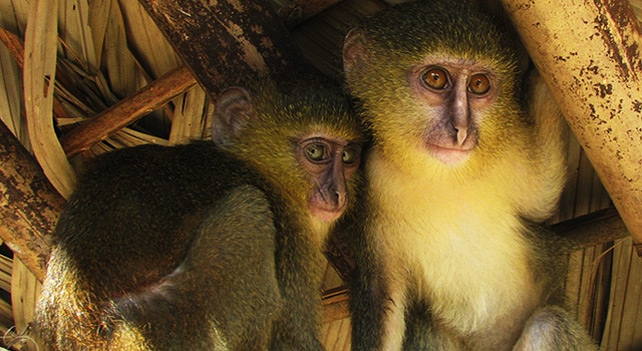 Robert Kityo, a zoology professor at Uganda’s Makerere University, said the discovery is proof that Africa’s vast jungles are teeming with species yet to be discovered.

“Something that was thought to be abundant can turn out to be rare,” Kityo said, referring to the previous confusion between lesula and a close relative. “In a sense, it’s a nice find.”

The research team described lesula as “semi terrestrial with a diet containing terrestrial herbaceous vegetation.” The ape looks colorful in pictures, with a mane of “long grizzled blond hairs” and “a variably distinct cream colored vertical nose stipe,” as it is described by the scientists. There is a faintly owlish look about the monkey. The eyes look almost human. 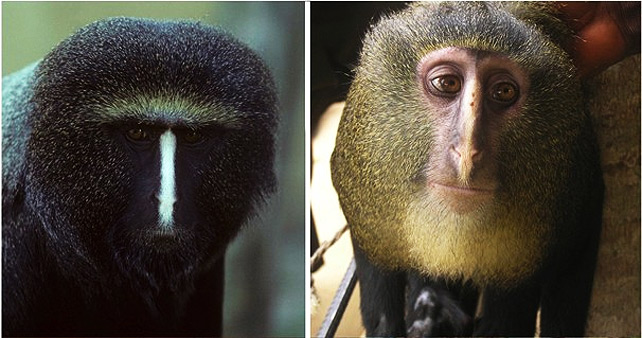 The team said the monkey’s common name should not be changed, since lesula is used over most of its known range. The study was a collaboration between various researchers and schools in the U.S. and elsewhere. Their final paper was edited by Samuel T. Turvey of the Zoological Society of London.